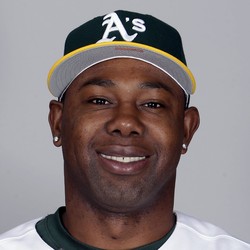 De Aza continues to provide some punch to the New York Mets offense. Batting sixth in the lineup, he went 1-for-5 with a double, a run scored and two RBI.

With Jay Bruce struggling, De Aza could get a few more starts. Although his season average of .195 isn't appealing, he has stayed productive in his last few games. He has scored five runs with seven RBIs in his last four. He's worth a punt as a platoon play in DFS.