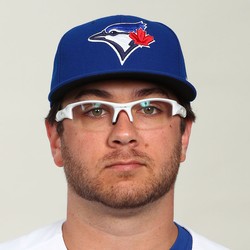 Anthony Kay shutout the Pirates for three innings in Grapefruit League action as the Blue Jays won on Monday by a 3-1 score.

Kay remains one of the more highly regarded young arms in the system, but he'll likely have a tough time cracking the Opening Day rotation. The 24-year-old pitcher is probably going to open the year in Triple-A but should get called up at some point this season.