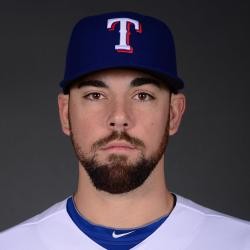 If the question is who is going to take A.J. Griffin's spot in the rotation while he's out on the DL, the answer might not be Anthony Ranaudo. Though that was looking like the direction the team was going, Ranaudo was terrible tonight. He issued five walks and five runs, despite not allowing a base hit.

Ranaudo's ERA now stands at just over 17.00. There is no fantasy value.