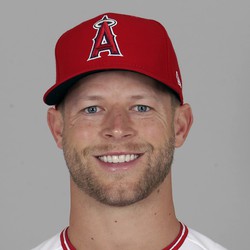 The Royals had scored five runs in the third inning of Wednesday's Cactus League game when RHP Austin Adams was brought in to replace starter Danny Salazar. He retired the next five batters with two fly outs, two ground outs and one strikeout, without giving up a hit.

It is likely that the 29-year-old will make the Opening Day roster despite intense competition for a bullpen spot. It has been a good spring for Austin Adams with nine strikeouts and one save in nine games. The right-hander hits the high-90s but has occasional control issues. In 28 appearances last year, Adams struck out 23 over 33 1/3 innings with a 3.78 ERA and 1.50 WHIP.