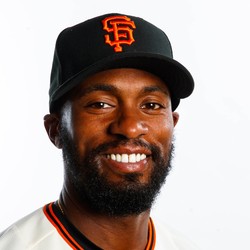 Jackson went 1-for-4 with a run scored and one strikeout, as the Mets lose 4-3 in Boston.

After hitting .304 in August, Jackson's bat has cooled significantly in September. His average drops to .122 in September. He's batting near the bottom of the order and isn't worth considering for fantasy in any format.