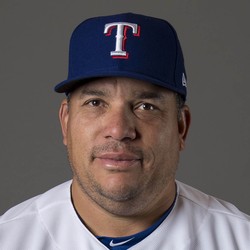 Bartolo Colon allowed five runs (four earned) on seven hits with a walk and three strikeouts over four innings against the Angels Wednesday.

Colon took the loss, his second straight. He's now allowed 11 earned runs over his last nine innings. He's merely an innings eater at this point, and he doesn't carry fantasy value with a lack of strikeouts and ugly ratios (ERA and WHIP of 5.55 and 1.32)