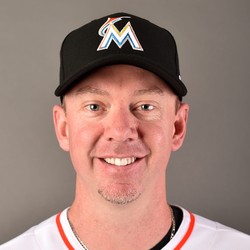 Brad Ziegler will head back to the Arizona Diamondbacks as the Marlins traded the veteran pitcher Tuesday afternoon.

Ziegler's ERA has steadily come down after a rough start to the season. Through June and July, he has a 0.93 ERA. The Diamondbacks get some good backend help with the return of Ziegler to their bullpen.