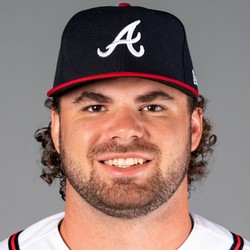 Braves pitcher Bryse Wilson allowed four earned runs on six hits and three walks while striking out one over four innings in a loss to the Brewers on Tuesday.

Wilson was called up before Tuesday's game to take the roster spot of Max Fried, who landed on the injured list with a blister earlier in the day. He may end up making one more start for the Braves when they take on the Washington Nationals at home in an upcoming four-game set, but he has limited fantasy appeal.