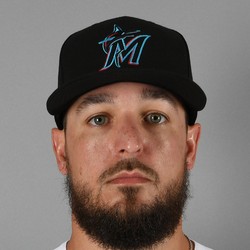 Injuries and home runs. If Smith can avoid both of them, he's going to be an absolute steal at this price.

Marlins starter Caleb Smith allowed two earned runs on two hits and one walk while striking out four over four innings in Tuesday's game against the Washington Nationals.

Smith has one of the Miami rotation spots locked up, though fantasy owners are hoping for more consistency this season. Smith pitched to a 4.52 ERA last season but flashed dominance at times. At other times, he was injured or showed flaws. If he can produce more consistently this season, he could be a solid contributor currently being drafted in the 20th round of most fantasy formats.