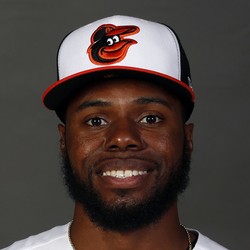 Cedric Mullins has been moved from Baltimore and optioned to Triple-A Norfolk. Stevie Wilkerson was added to Baltimore's roster, as a result.

Mullins probably wasn't on your fantasy roster, but if he was, its safe to move on from him. Look at his teammate Dwight Smith Jr. as a potential replacement.