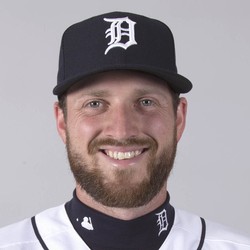 Chad Bell was removed after 3 1/3 innings while surrendering three runs on five hits including two home runs. He also issued three walks and recorded five strikeouts in the no-decision in the Tigers 9-8 loss to the A's.

In four straight starts, Bell has failed to reach five innings resulting in a 9.39 ERA. The 28-year-old southpaw is scheduled to get two more starts this season both against the Twins. Bell is not worth fantasy consideration in any leagues.