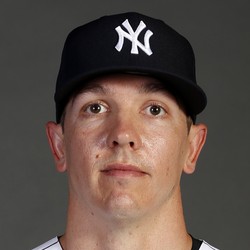 Chad Green pitched two scoreless innings, allowing two hits and one walk while striking out four as the Yankees defeated the Rangers 4-1.

Green has typically been more effective as an opener than out of the bullpen in 2019. He has pitched well of late and has only allowed one earned run in his last 9 1/3 innings.