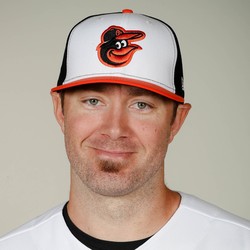 Chris Tillman (back) will start again for Triple-A Norfolk on Thursday, Jon Meoli of The Baltimore Sun reports.

Tillman has struggled in his first three rehab starts failing to get out of the fourth inning in any of the appearances. Tillman has also struggled at the major league level with a 10.46 ERA over seven starts. When the veteran starter comes back from injury he can be avoided by fantasy owners.