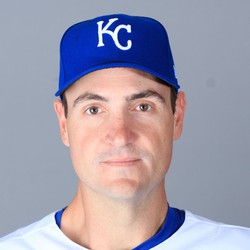 Chris Young allowed five runs on six hits in 3 2/3 innings. He allowed two homers, struck out three, and walked one.

For some unknown reason, Ned Yost keeps trotting Young out there every fifth day while Ian Kennedy is on the DL. The Royals offense has bailed Young out twice recently, but Young is nowhere near rosterable in any fantasy format.