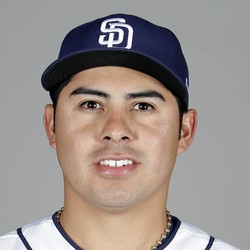 Christian Villanueva has been released by the Padres so he can sign with the Yomiuri Giants.

Villanueva made waves on the fantasy scene last year for his power, hitting 20 homers in 351 at-bats in 2018. However, that came with a low batting average and sub-.300 OBP. Villanueva will see if he can thrive as a 26-year-old in Japan and potentially return stateside to cash in ala several recent players.