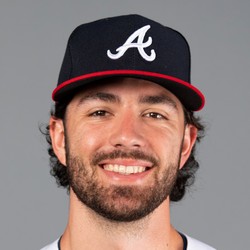 Braves shortstop Dansby Swanson went 1-for-2 with a double, two walks, a run scored, and a stolen base in Monday's win over the Phillies. The steal was his eighth of the season.

Swanson has not been the same player as he was earlier in the season since returning from the injured list, and he is no longer hitting near the top of a talented Atlanta lineup.