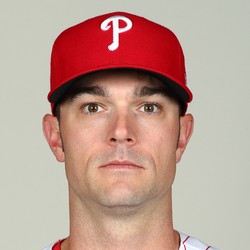 David Robertson out for the season, may need Tommy John Surgery

Phillies reliever David Robertson is out for the season and is expected to need surgery to repair the flexor tendon. He may also require Tommy John Surgery at some point, according to a report from Meghan Montemurro of The Athletic.

Robertson was signed by the Phillies in the offseason to be their closer, but his season is now over after throwing just 6 2/3 innings 5.40 ERA ball for Philadelphia. If he ends up needing Tommy John Surgery, he will likely miss all of next season, as well. Look for updates on his status in the coming weeks, but he can be dropped in all formats.