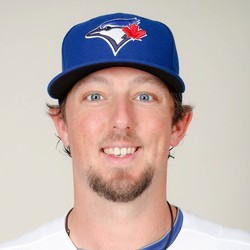 Deck McGuire held the Dodgers scoreless over three innings in his second start of the season. He allowed one hit with two walks while striking out six.

McGuire fared much better than in his first start with the Angels. He's been all over, changing teams and time between the bullpen and starting rotation this season. He's not a viable fantasy option at this point, but he may be given an increased opportunity with the Angels given his promising outing Saturday.