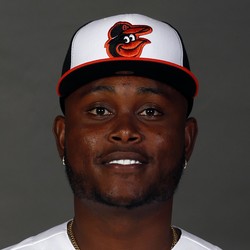 Dilson Herrera started in left field on Saturday and finished 1-for-2 with a solo home run and a walk in a Reds 7-1 victory over the Giants.

Herrera took Giants starter Madison Bumgarner deep in the sixth inning for his third round tripper of the year. While it's nice to see, he has only batted a paltry .154 in the month of August and .188 overall on the campaign. Herrera is not close to being a factor in fantasy leagues.