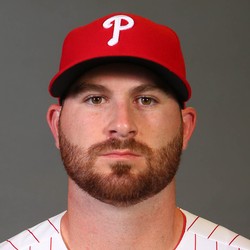 Drew Hutchison didn't factor into the decision in Friday's 10-7 loss to the Twins, giving up four runs on six hits and a walk over four innings while striking out two.

Hutchinson has not been good as a starter for the Rangers who keep sending him out to the mound as they are desperate for pitching. On the season Hutchinson has a 6.75 ERA in 42 2/3 innings.