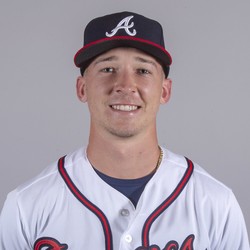 The Atlanta Braves have announced their spring training non-roster invitees, which includes their #2 prospect, Drew Waters.

Waters, who is also the MLB's 26th overall prospect, looks to build upon his success in moving quickly through the organization. The 2017 second-round draft pick has got a somewhat crowded field in front of him at the moment, including the Braves' top prospect, Cristian Pache (who is already on the 40-man roster), so he'll likely begin the season at Triple-A until the big club is in need of his services. Keen fantasy owners should keep an eye on Waters because, when he is finally called upon, he could deliver some under the radar production in this potent Braves lineup.