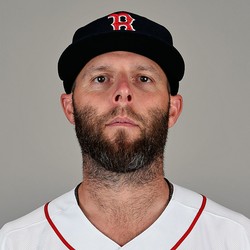 Dustin Pedroia (knee) 'still not at a point to come back'

Red Sox manager Ron Roenicke told reporters Tuesday that Dustin Pedroia (knee) is "still not a point where he's thinking about trying to be ready to come back and join us".

Pedroia has dealt with knee issues for several years now and has played in just nine major league games since the beginning of the 2018 season. The 36-year-old is under contract with Boston through 2021 but it appears likely that we have seen the last of him in the big leagues.