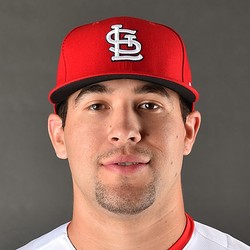 There's no question that Carlson will play almost every day now with the addition of the DH to the National League, but I'm not sold that he's as good for fantasy as we make him out to be. He reminds me a lot of Stephen Piscotty.

Dylan Carlson is expected to start the season at the Cardinals' minor league alternate site. Tyler O'Neill and Lane Thomas are expected to compete for the left field starting job.

Carlson has more talent than both O'Neill and Thomas, but the Cardinals want to see how they perform before giving Carlson a shot. The top prospect is likely to make his debut at some point this year; his fantasy impact remains to be seen.