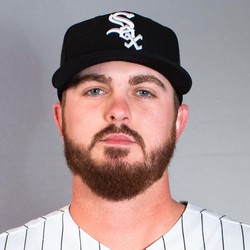 Dylan Covey has been designated for assignment by the White Sox.

Covey was hit hard with the White Sox last year -- 7.98 ERA over 18 appearances and 12 starts. Covey was selected in the first round out of high school, but he ultimately went to college and was taken in the fourth round three years later. He moved to Chicago in the Rule 5 Draft, but he's struggled during his time in the majors with the White Sox, posting an ERA of 6.54 over 63 appearances (45 starts) spanning three seasons.