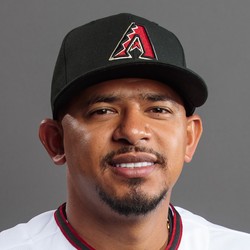 Escobar had a heck of a breakout season, driving in 118 RBIs thanks to 35 homers. The batting average will never be great but he certainly won't hurt you in that category. What's more, is that he'll qualify for 2B and 3B so that you can slide him around during the week.

Eduardo Escobar went 1-for-5 with a single and an RBI in Monday's 9-7 loss to the Cardinals.

The RBI was Escobar's 118th of the season, which is tied for the third most in the National League. Escobar has also totaled 30 homers, five steals, and an .839 OPS this year. He'll be going much higher in drafts next year than he was this past spring.