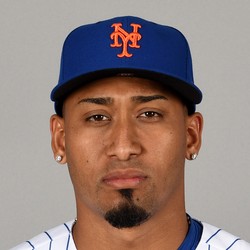 Mets reliever Edwin Diaz allowed two earned runs on two hits and no walks while striking out three over an inning of work against the Phillies on Friday. He suffered his seventh blown save of the season but was able to escape with the win.

Diaz allowed a two-run home run to Phillies catcher J.T. Realmuto in the top of the ninth inning, but the Mets were able to walk off with the win in the bottom half of the inning. Diaz has had an awful season and now has a 5.88 ERA to go with his seven blown saves.