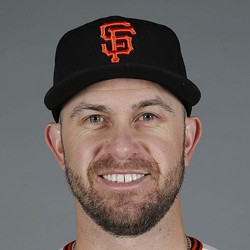 Longoria is nowhere near the 2016 version fantasy owners got with 36 homers and a solid average but the 20-25 homer power is still there if he can stay on the field all season.

Evan Longoria hit his 20th homer of the year in the Giants' 16-inning loss to the Rockies on Tuesday.

Longoria finished the night 1-for-4 with two walks and two RBI. He is now batting .255 with 20 homers and a .768 OPS this year. It's nice to see he still has some pop in his bat but 20 homers isn't what it used to be with everyone in the league hitting for power these days. He won't be an enticing fantasy option entering 2020.