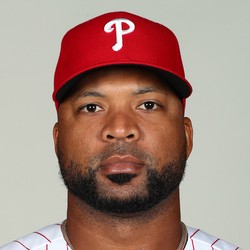 Francisco Liriano walked four consecutive hitters and did not record an out in the Pirates' 6-5 spring loss to the Yankees. He was charged with three earned runs.

Liriano walked four straight batters on 16 straight balls and gave New York a free run before getting the hook. Subsequent relievers allowed two of those free passes to score, making Liriano for three straight runs. When at his worst, this is the exact type of outing Liriano is capable of having. Pittsburgh likely brought him in for hopes of a reclamation project, but Liriano is fighting to stay on the team at this point.