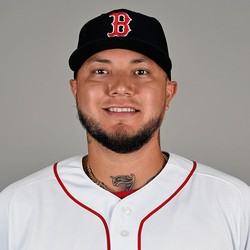 Pitcher Hector Velazquez was claimed by the Baltimore Orioles after being designated for assignment by the Boston Red Sox late last week.

Velazquez had been a valuable swingman with the Red Sox but pitched to a 5.43 ERA over 56 1/3 innings at the major league level in 2019. With the team adding Colin McHugh, he was the odd man out on the 40-man roster. The rebuilding Orioles will likely give Velazquez a chance to earn a spot in their starting rotation or their bullpen as a long reliever.