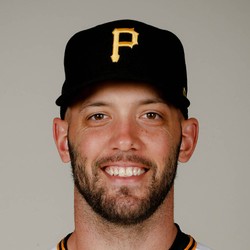 Jacob Stallings went 2-for-3 with a solo home run in Monday's win over the Giants.

Stallings tied up the game in the fifth with his fifth homer of the season. He's been used primarily as the Pirates' backup catcher this season, in which he's batting .268 with 11 RBI and 23 runs scored.