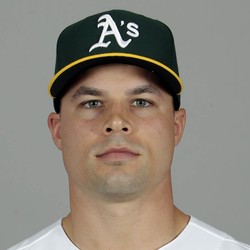 Jake Smolinski went 1-for-3 (a triple) with one run scored and two runs batted in as Oakland loses to Texas by the score of 8-6 on Tuesday,

Smolinski had a nice game for Oakland, but performances like this from him aren't the norm. He simply isn't an option to go with in any fantasy league right now.