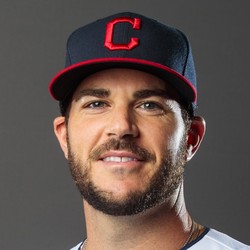 After being designated for assignment, right-handed reliever James Hoyt was re-signed by the Indians. He currently holds a spot on the team's 40-man roster.

Hoyt was an interesting reliever for the Astros several years ago, mostly due to his strikeout upside. However, he's spent most of the last two seasons in the minors. He could certainly develop into a fantasy-worthy late-inning arm, but at this point he doesn't hold much value for fantasy purposes.