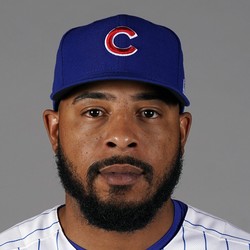 Jeremy Jeffress allowed a run on two hits Monday, striking out one and earning the save against the Reds.

Jeffress surrendered a two-out single in the ninth, but managed to secure the save nonetheless. Josh Hader was called upon in the eighth, allowing Jeffress to record his first save of 2019. Although both reliever allowed runs, Hader is still the undisputed closer in Milwaukee.