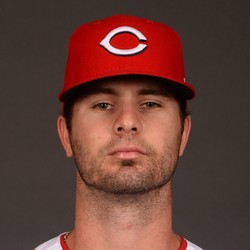 Jesse Winker (illness) is batting second as the designated hitter in Friday's Cactus League game against the A's.

Winker was scratched from Wednesday's game due to an illness. He is batting second and will serve as the team's designated hitter for Friday's contest. Winker is competing for a spot in a crowded Reds outfield, but will mostly be in a platoon situation, as he is expected to sit against lefties. Winker slashed .269/.357/.473 with 16 home runs, 38 RBI and 51 runs scored across 113 games last season.