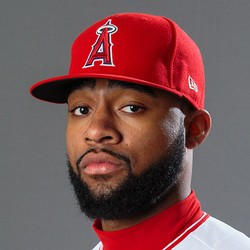 Adell might just have the brightest future of any prospect in baseball, but he is nowhere near as polished as someone like Luis Robert. Rather, the power may take some time to develop and he'll never be a source of steals. You can stash him, but he isn't expected to be a star right away.

Angels GM Billy Eppler says top prospect Jo Adell will be given the chance to show he's ready to make his MLB debut in 2020.

“We’ll just have to keep getting [Adell] at-bats," said Eppler. "There’s going to be talented pitchers over there for him to face and we’ll go from there." The 21-year-old is the team's best prospect since Mike Trout so expectations are understandably high. Adell is unlikely to be on the Angels' Opening Day roster but could find his way into the lineup after a few weeks. He'll be a name to monitor both during summer camp and once the season begins.