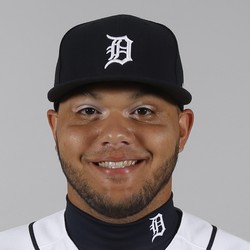 Although Jimenez's numbers weren't pretty in 2019, he actually performed fairly well once the Tigers turned over the closer role to him. He'll never be a top-tier closer, particularly given that Detroit is unlikely to compete, but considering he's under team control for several more seasons, he should be given every chance to hold the job all year.

Tigers manager Ron Gardenhire said Tuesday that Joe Jimenez will be the team’s closer this season.

This was assumed after Jiménez finished the 2019 season in this role. However, it’s assuring to hear it straight from the manager’s mouth. Jiménez is obviously worth drafting everywhere as saved are scarce. However, just keep in mind the Tigers likely won’t win many games this year.