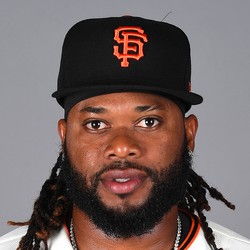 Cueto will get the Opening Day nod for the Giants, but he'll hardly be someone to target in fantasy. Putting aside the almost certin win problems he'll have in San Francisco, it's doubtful that the 34-year-old can contribute meaningfully elsewhere at this stage of his career. His career strikeout rate of 7.54/9 is a detriment in today's game, and at his advanced age, after pitching just 69 innings combined over the last two season, there's little reason to expect a return to peak form.

He'll have a tough matchup against the Dodgers. Jeff Samardzija will pitch Game Two.