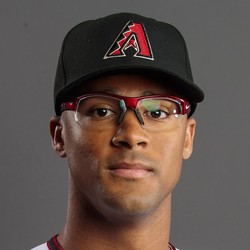 Jon Duplantier was optioned to the Diamondbacks Triple-A affiliate in Reno.

This move isn't surprising as Duplantier struggled this spring. Over six innings of work he posted a 1.33 K/BB ratio and a whopping 9 BB/9. He figured to be the odd man out for the final rotation spot and with the season temporarily on hold, Duplantier can't improve his body of work. He will likely be called up for some relief work whenever the season gets underway.