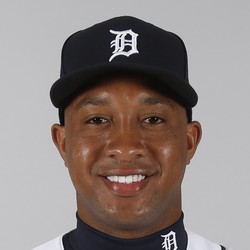 Say what you want about Schoop's batting average risk but this is a middle infielder who has hit 76 homers in his last three seasons despite missing 80 games over the last two years. With a full bill of health, we could see 30 bombs with 100 RBIs out of a late-round second baseman.

Free agent second baseman Jonathan Schoop has agreed to a one-year deal with the Detroit Tigers worth $6.1 million, according to multiple reports.

Schoop broke out with Baltimore in 2017 with 32 home runs and a .293 batting average, but he was unable to replicate that production in both 2018 and 2019. He did hit a combined 44 home runs over the last two seasons, however, and should get a chance as the regular second baseman in Detroit as he attempts to rebuild his value at age 28.