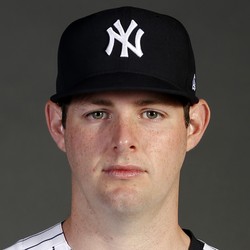 Jordan Montgomery strikes out five in relief on Tuesday

Jordan Montgomery struck out five batters in four perfect innings out of the bullpen on Tuesday in Grapefruit action against the Blue Jays.

Montgomery looked much better on Tuesday than he did in his last outing when he gave up five runs on four homers to the Tigers. Montgomery is a lock to make the rotation, according to manager Aaron Boone and is worth drafting in deeper fantasy formats.