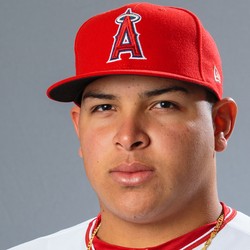 Jose Suarez allowed two runs on six hits and two walks while striking out six over five innings in Saturday's 6-3 loss to the Astros. He did not factor into the decision.

Suarez cruised through five innings, but allowed a two-run blast to Jose Altuve in the sixth before getting the hook. He has allowed 23 homers in just 81 innings this season. Suarez will finish 2019 with a 2-6 record, 7.11 ERA, 1.64 WHIP with 72 strikeouts in 81 innings.