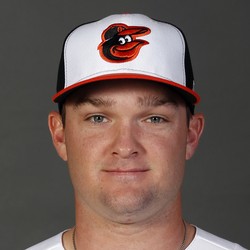 Stewart has been dealing with biceps soreness, and he may have been a little rusty in this one. Stewart features three average pitches (fastball, slider, curveball), but has poor command. He has an outside chance at earning a rotation spot.