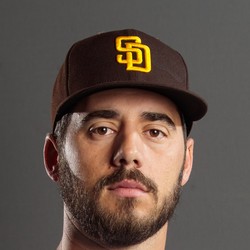 The Padres have signed RP Kyle Barraclough to a minor league contract that includes an invite to spring training.

Barraclough was a top young RP during his time with Miami, but his limiting factor was always command. After being traded to the Nationals prior to the 2019 season, Barraclough imploded and was ultimately waived by Washington. He finished the season in San Francisco, continuing to struggle with his command, before hitting the free agent market. Barraclough is an intriguing arm and it makes sense for San Diego given the minor commitment. While he could develop into an interesting late-inning arm for the Padres, he's unlikely to enter the season on the fantasy radar.