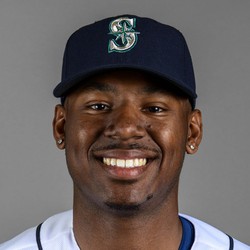 Lewis appears bigger, stronger, and faster after the shutdown. “The fact that he’s worked so hard, he has 100% confidence in how his body is working and moving and how it’s going to bounce back after a couple rough days on the field, it’s great to see," said Servais. "He looks really good and he’s been one guy that has stood out. You can see the work he put in is really going to pay off." Lewis hit a major-league record six homers in his first eight games as a September call up last season. The 24-year-old has plenty of upside and is currently 111th among all outfielders in the latest expert consensus rankings.