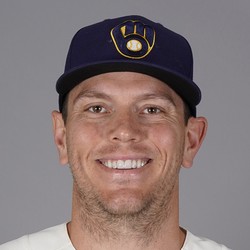 Logan Morrison told Adam McCalvy of MLB.com that he has lost 20-25 pounds since spring training was shut down.

Morrison changed his diet over the offseason but told McCalvy he didn't perfect it until late March. The 32-year-old will be a part-time player for Milwaukee this year but could see some extra at bats with the universal DH.