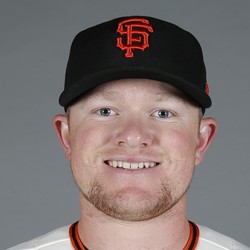 Webb struck out five and walked one. His only major mistake was allowing a homer to Max Muncy. The 22-year-old finishes the season with a 5.22 ERA spanning eight starts. However, he allowed just three runs over his final 12 innings.