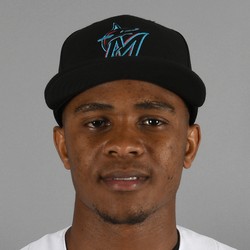 Magneuris Sierra drives in one run, steals one base Friday

Magneuris Sierra went 0-for-5 with one RBI and one stolen base in Friday's win over the Mets. He reached base on a fielder's choice in the fourth which scored Peter O'Brien.

Sierra has just seven RBI total and hasn't scored a run since September 17. He has 3 stolen bases in 52 games played.