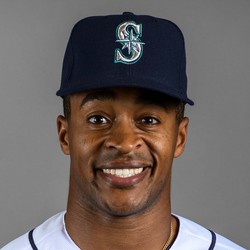 Stolen bases throughout the game are at an all-time low, and yet Smith, who has stolen 86 bases over the past two seasons, doesn't get a whiff until late in drafts. Yes, his average won't help you, he barely contributes any power, he'll likely bat ninth, and he could lose his job. But owners used to fall all over themselves to draft Billy Hamilton because he could single-handedly keep a fantasy team competitive in steals. Smith can do the same, and on a team with nothing to play for, he's likely to run at every possible opportunity.

Smith notched his first multi-hit game of the spring on Sunday and is now 3-for-6 over his last two outings after previously going 0-for-5. Smith figures to be among the elite of base stealers in 2020 and could be a steal on draft day with a bounce back in hits/batting average.