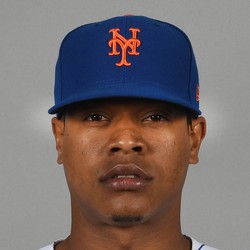 Stroman had an excellent 2019 season, though he struggled somewhat after his trade to the Mets. The one thing missing, however, finally arrived, as his strikeout rate popped to over one per inning when he got to New York. After spending all offseason strengthening his core and now in a contract year, Stroman should be in a position to provide plenty of value pitching with a full year in the National League.

Mets starter Marcus Stroman allowed just one hit and one walk while striking out four over three innings in Wednesday's Grapefruit League win over the St. Louis Cardinals.

Stroman has a 2.70 ERA thus far this Spring after finishing last season with a 3.22 ERA. He struggled a bit after being dealt to the Mets in the middle of the year, but his strikeout numbers did pick up. If he can limit the home runs and the Mets can play better defense behind him in 2020, he could be in line for another strong campaign.