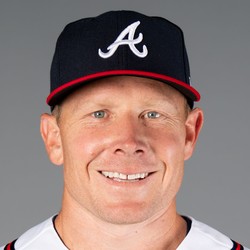 Multiple media outlets are reporting that Mark Melancon will still serve as Atlanta's closer to begin the year despite the team signing Will Smith on Thursday.

Smith is undoubtedly the superior reliever but the idea is to use him in the highest leverage situations, which don't always come in the ninth inning. Ultimately we expect both relievers to get some saves in 2020, which complicates matters for fantasy.